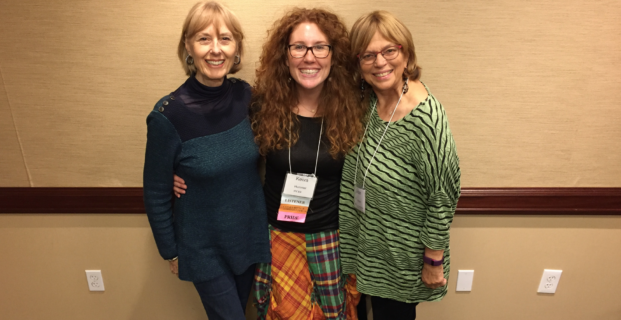 In case you haven’t heard, the National Coalition for Dialogue & Deliberation (NCDD) has become the new steward of Conversation Café (CC). We are in the process of reconnecting with the CC network and figuring out how we can best support and grow this important community. The CC website has also undergone a revamp thanks to NCDD’s Andy Fluke, and we hope you like the new look!

NCDD’s Sandy Heierbacher and Keiva Hummel are spearheading this effort, so feel free to contact either of us if you have questions or want to help out!

We’ve created a new one-way announcement list to share news about Conversation Café happenings once in a while (no more than monthly). We encourage all of you to subscribe to that list if you have some interest in CC’s by sending a blank email to conversation-cafe-subscribe-request@lists.ncdd.org.

If you’re a Conversation Cafe host or promoter (or want to be), also consider joining the new Cafe-Community listserv – a discussion list we’ve modeled after the NCDD Discussion list to encourage CC leaders to network, share information, and discuss key issues facing the CC community. To join that list, send a blank email to cafe-community-subscribe-request@lists.ncdd.org.

Why does NCDD feels it’s important to support Conversation Café?

Back in March 2014, we had an amazing conversation with the D&D community on the NCDD blog about whether we should play this role, and though there were many eloquent arguments both for and against NCDD becoming the new stewards for the CC method, we decided in the end that it was important to help this elegantly simple approach survive and thrive – and we hope you can support our decision!

We think Conversation Café is a wonderful model for dialogue that can and should be widely adopted across the U.S. and the globe. Our vision for Conversation Café, in part, is that it be used to help communities address national and local crises that call for immediate dialogue.

We think CCs are nimble, accessible, and elegantly simple enough to be used very quickly by many people, and NCDD is particularly well equipped to help new CC groups use other forms of dialogue and deliberation when the time is right.

We also just want to see more people, in more places, engaging regularly in conversations that matter, and feel that Conversation Café is uniquely suited to helping make this happen.

In addition to subscribing to the announcement list or discussion list mentioned above, we strongly encourage any of you who have hosted CCs to take a minute and complete the quick form at www.conversationcafe.org/main-survey to tell us a little about your work and interests. Our main interest right now is to learn about what is currently (and has been) going on in the Conversation Café community, and this would help us a great deal!